The Cyberforest Project lead by Prof. Kaoru SAITO has started nature sound delivery service in cooperation with Petit Cafe Records Inc. (Tokyo, Japan). The unique nature sounds accumulated by the Cyberforest archive systems are used as soundtracks and delivered to the world by Spotify, Apple Music, or other relative services.

The first soundtracks, titled “Sounds of Nature Japan -Non-stop Recordings by Cyberforest-“, has been launched on February 20, 2020, with the eight tracks as below. 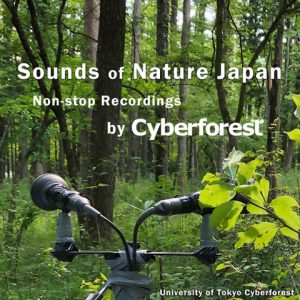